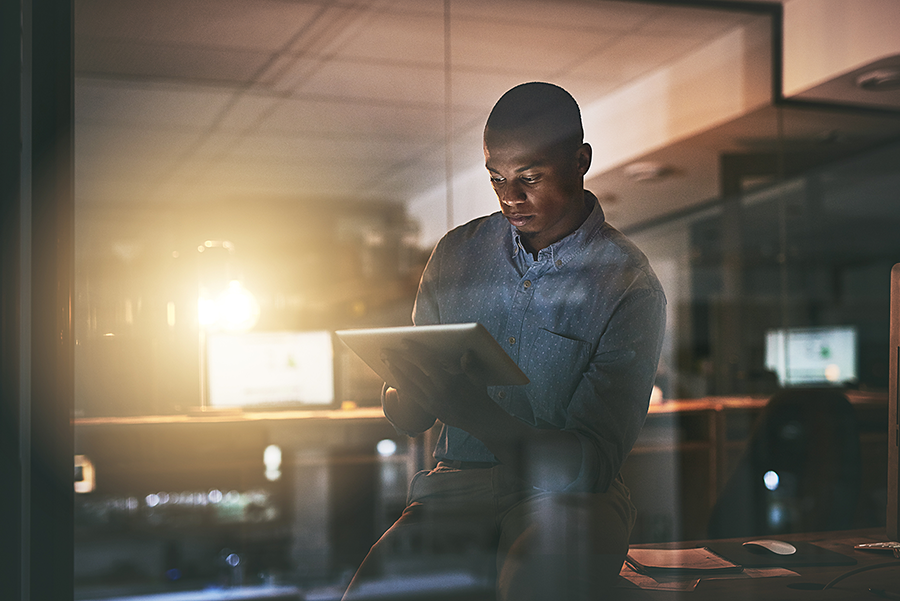 Artificial Intelligence has been on the mind of technologists and futurists for over a hundred years now. Since as early as the late 1800’s the idea of robotics with human-like intelligence has been a sci-fi dream (or nightmare, depending on your outlook).

Now it’s neither dream nor nightmare. It’s an inevitability.

President Trump has announced that artificial intelligence research and development is one of America’s top research priorities.
With AI predicted to change the way we view the world, it’s important to recognize these developments early. As a prospective student, educating yourself in this new wave of technology of data analytics and artificial intelligence is paramount to thriving in the coming world.

On February 5th of this year during the State of the Union, President Trump talked about increasing the budget on “cutting edge industries of the future.” This coincided with an executive order signed to prioritize artificial intelligence research.

And we’re not the only country getting in on the race.

France has a $1.6 billion AI initiative; South Korea invested $1 billion. More countries are getting into this technological race each year and we’re just starting to see the competitiveness over budgets. China, for example, has increased its  AI funding by ten times over the recent years.

For the U.S., the budget is still up in the air. Although, companies are already preparing for this changing landscape. And they should! The U.S. has been at the forefront of every technological wave and it’s likely we will spend the money necessary to create the infrastructure to continue being at the forefront.

That means AI is coming and it’s coming quicker than we expect.

With AI en route, the pressing question on our minds is how will AI affect business?

Data acquisition and data analysis are already here and they’re constantly improving and expanding in scope. Grocery stores to high-end retailers can manipulate data from people’s moods (designated by their Facebook statuses) to their shopping profile (based on where they shop and GPS location analysis).

Google, YouTube, Facebook and other social platforms use user data to target ads more directly and create more value per ad, thus being able to charge more and increase revenue.

Knowing how much someone will spend on a certain product allows businesses to target ads more directly and offer coupons and premiums to gain customers outside of their usual base. It is no different from your typical salesperson trying to account for all the variables and then designing a business strategy based on each individual. But artificial intelligence helps businesses, big and small, scale this customizable strategy on an individual basis.

And it’s not just sales.

Businesses will be using artificial intelligence in any number of ways to enhance their performance, including facilitating better communication between different divisions of a company and creating more efficient methods to manage and organize tasks between employees.

To fully understand the importance of AI in business strategy, you need to know both the ‘how’ and the ‘why.’
Artificial intelligence is superb when it comes to gathering and sorting data, then extracting patterns based on this information. Creating customer profiles are just one small benefit that artificial intelligence offers to businesses.

If you’ve ever wondered why some silly free app game off the app store requests so much data… well… this is why. Data is valuable!

As for the future landscape of business? Think about medicine. How will a neurosurgeon work cooperatively with AI software to enhance their ability to remove a tumor?

Think about any field. How will people combine the vast network of information and processing power available to them with artificial intelligence to drive their business forward?

Whatever the impact of AI, you can be sure many areas of our lives will change including the jobs we have.

With artificial intelligence comes automation. And with automation comes the fear that everyone will lose their jobs and society’s foundation will crash and give way to social uprising.

Terminator hasn’t come back from the future. Maybe not all hope should be lost just yet.

That’s not to say new careers in artificial intelligence won’t alter our current job market. In fact, Oxford University published an analysis of 700 wide-ranging occupations and their probability of being outsourced to automation.

Twelve occupations had a 99% chance of being outsourced to automation. And there were quite a few more jobs in the 90% or above category. But most of these workers according to the Oxford study will be redeployed to other new sectors.

Jobs in artificial intelligence have been compared to those in social media marketing. Before social media really took a foothold in business, the idea that someone’s job would be to post pictures on the internet and write a few hashtags was unimaginable. That’s how it always is with new technology. As people start to grasp the effectiveness of any new medium, jobs are created.

To stay ahead, one must understand the underlying components. Value comes from helping businesses strategize the most effective methods of implementing artificial intelligence.

How To Get into Artificial Intelligence

If you’re someone who sees a future in artificial intelligence, then education is going to be the first and most important step on your career path.

Schools designed to assist students in the coming future of data, data analytics, and AI technology have been slow to start. However, it’s only a matter of time before courses like ‘Fundamentals of AI’ and ‘AI in Marketing’ emerge in the education landscape.

Doing a quick search, you can find some schools already adapting.

One great example is the CityU Bachelor of Science in Business Administration program. Their BSBA contains data analytics and AI components (which no other BSBA program contains). CityU has been heralded for its new course-load initiative as being one of the first programs to really have the students careers and futures in mind.

Students entering the business world need adaptability. They need creative problem-solving techniques that will adapt to each new wave of technology.

Having customized courses for artificial intelligence and data analytics is a step in the right direction. So if you’re wondering how to get a job in AI, first find a curriculum that fits the world of tomorrow.

Learn more about CityU’s BSBA program with AI or request for more information.