Carnz joins CityU of Seattle from The Art Institute of Seattle, after 17 years of experience in various roles, including seven years as the dean of academic affairs. When asked what attracted him to CityU and the provost position, Carnz said, “I wanted to be at an institution that was working to take on the challenges facing higher education today and doing so with an emphasis on the student experience, which is very important to me.” 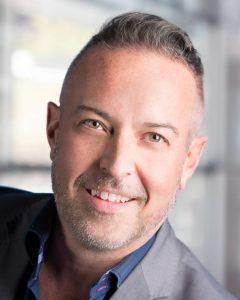 As the new provost, Carnz will have a great influence on the direction of CityU’s future. “My goals are pretty simple. First, I want to help CityU grow. That might mean new programs, that might mean bolstering the ones we have. But I am focused on making growth for the college a reality. Second, I want to strengthen connections with our other campuses, including the CityU sites and our partner institutions. The more we can all work together as one institution the better off our students are going to be, the happier we will all be as employees. Third, I want to make sure that academics operates efficiently to ensure we are working smartly and to ensure the sustainability of the university. I am sure I will develop a host of other goals as I get to the landscape at CityU. I look forward to working with everyone to ensure that we remain amazing at what we do and find new ways to be the best university for our students.”

Carnz believes that his time serving as the dean of academic affairs at AI of Seattle will apply seamlessly to the role of provost. “I feel confident in my ability to do a great job for the college, and the new role is different enough from my previous position that it will provide me some new and interesting challenges and opportunities to learn and grow, which I thrive on.” With a new role, comes new responsibilities and Carnz is up to the challenge. “I love a good challenge! I think there will be some good ones at CityU for me. I have some experience with international programs, but not to the extent to which CityU is involved in them. Learning the intricacies of running those will be exciting. Working with such a large adjunct faculty population seems like an interesting challenge. I am very focused on excellence in the classroom, so partnering with faculty wherever they may be to ensure that our students are getting everything we promise them will be a great challenge. There are some accreditations that CityU programs hold with which I have not worked before. I look forward to learning about their requirements and our efforts to meet their standards.”