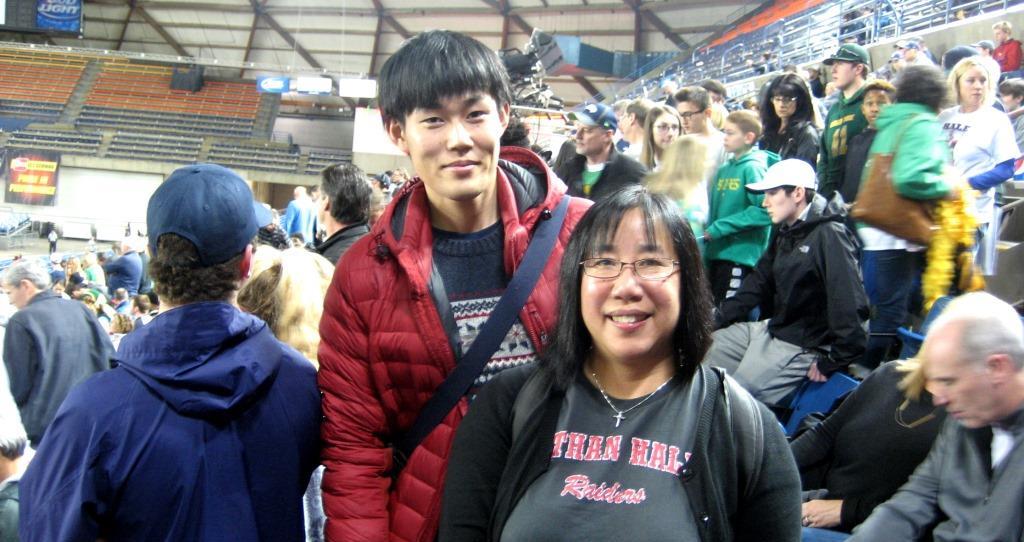 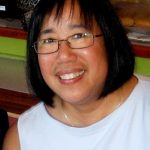 One day in January 2017, I was helping Washington Academy of Languages (WAL) host a Lunch Bites party in the CityU Library for our English language students and other CityU friends. Each quarter we have a variety of free food parties, and this month’s theme was “comfort food.”    We were serving items like chocolate, potato chips, and macaroni and cheese– you know, the kinds of things you may want to eat if you’re tired, hungry, or stressed.  We had the usual rush of students eating a quick meal and I was busy trying to keep up with the hungry crowd.

As I was filling a tray of macaroni for the students at the party, a tall young man approached me on the side because he wanted to add more cheese sauce to his macaroni.  Fulfilling his request, I then realized I knew something about this student already. I didn’t know him personally, but I remembered having seen him on a student friend’s Facebook page. He had caught my eye because I saw that he played basketball for a local semi-professional team in Bremerton, WA, called the Kitsap Admirals.   Yet, I wasn’t totally sure if this was the same person, so I asked for his name and if he liked basketball.  Sure enough, it was the same guy!  The fellow’s name is Yasuhiro Kawasaki, and not only was he finishing up his time with the Admirals when we met, he was also finishing up his Master of Business Administration program at CityU this Winter Quarter, 2017. 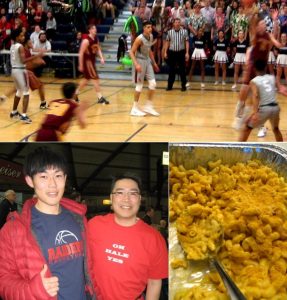 The reason why I was excited to meet Yasuhiro was because of my family’s recent interest in watching our daughter’s boys’ varsity basketball team play for the Nathan Hale High School Raiders in Seattle.  This team was undefeated this year with their new coach and newly acquired nationally rated players (including one that’s recently rated #1 in the U.S., named Michael Porter Jr.) which made every game so fun to watch!   As you can guess, I told Yasuhiro about this team, and he became very interested.  After more basketball video clips and emails were exchanged between us, we tried next to see if he could come to a game with our family someday.

Finally, after some creative scheduling, Yasuhiro was able to accompany us to attend his first American high school basketball game (he says it reminds him of his high school team back in Japan) in early February, and then to the State Championship game at the Tacoma Dome in early March.  Thankfully, he got to watch the Raiders win their first 3A Division State Championship for 2017, too.   We were all thrilled!

But much better than that, I have a new friend with whom I share a common interest, and now Yasuhiro is a good friend of our family.  This all started because he asked for more cheese sauce for his macaroni. Can it get any better than that?

Washington Academy of Languages (WAL) Lunch Bites: This is the place where you can eat a delicious free meal with other students, meet new people, and make a new friend for life.

Check with Debbie Chan at WAL, for our next Lunch Bites event at:  debbiechan@cityu.edu