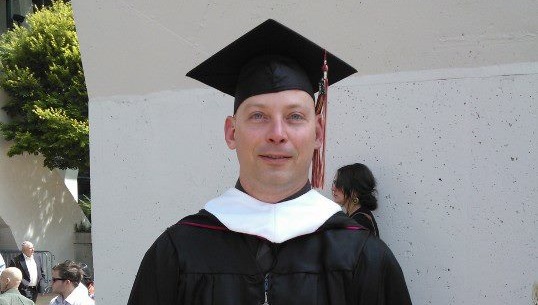 Tired of an unforgiving and hectic schedule that’s typical of the entertainment industry, Cal Ledbetter felt it was time to consider other career options. After helping a few of his coworkers and friends work through some personal issues, Cal felt a pull toward counseling and decided to research graduate programs in the Seattle area. With counseling as one of CityU’s prominent programs, it easily became a top choice for Cal to advance his new career.

“I appreciated the way that CityU focused on counseling,” Cal said. “They had very seasoned professors, and I was really impressed when I went and interviewed there.”

Cal earned his Master of Arts in Counseling in 2013. With the skills and expertise he learned during his three-year program, Cal was able to open his private practice almost immediately after graduating. 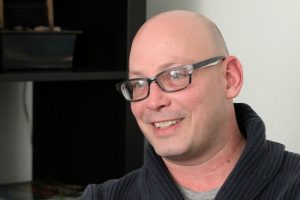 “It was scary, and it was hard, but I felt like I was prepared,” Cal remembered. “The education that I got prepared me to go straight into private practice. And it’s worked out.”

In addition to running his own private practice, Cal serves as the vice-president of the Seattle Counselors Association, and works as an on-call therapist at a residential treatment center for eating disorders. This position wasn’t one Cal had considered before beginning his master’s, but he learned more about eating disorders and associated counseling techniques while at CityU. Because Cal’s instructors all came to teaching with different professional backgrounds and experiences, they were able to expose their students to a range of opportunities within the field of counseling.

“Being able to learn from their vastly different experiences really helped prepare us to do almost anything within the realm of counseling,” he said.

Some CityU instructors who also maintain full-time jobs in their fields are able to bring real world examples to their assignments and curriculum.

“Because the professors are working professionals their experiences helped us to see the broader picture of what it’s like to actually work with people, and not just the theoretical or the conceptual,” Cal explained.

In his final year of the program, Cal was able to complete his internship at CityU’s Counseling Center, and directly apply skills he had learned during his courses. The Counseling Center is located on CityU’s Seattle campus and is open to the public. The facility provides graduate students the opportunity to hold their own counseling sessions and work directly with clients.

“I think it really helped me grow as a counselor,” Cal added.

Looking back on his career change, Cal said he made the decision to become a counselor because it was his opportunity to “give back.”

“I wanted to be on the side of the profession that helped my friends and my family deal with the things they weren’t able to deal with on their own,” he said.

Even now as an established professional, Cal said he still draws from his experience at CityU.

“I didn’t graduate and then just leave CityU. I still talk with several of my professors on a regular basis; they continue to be people in my life who I can learn from.”

Interested in CityU’s Master of Arts in Counseling? To learn more, visit our website, chat with an adviser or email us at info@cityu.edu.