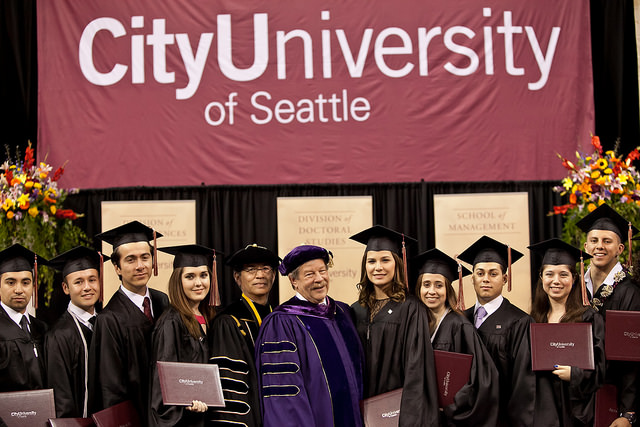 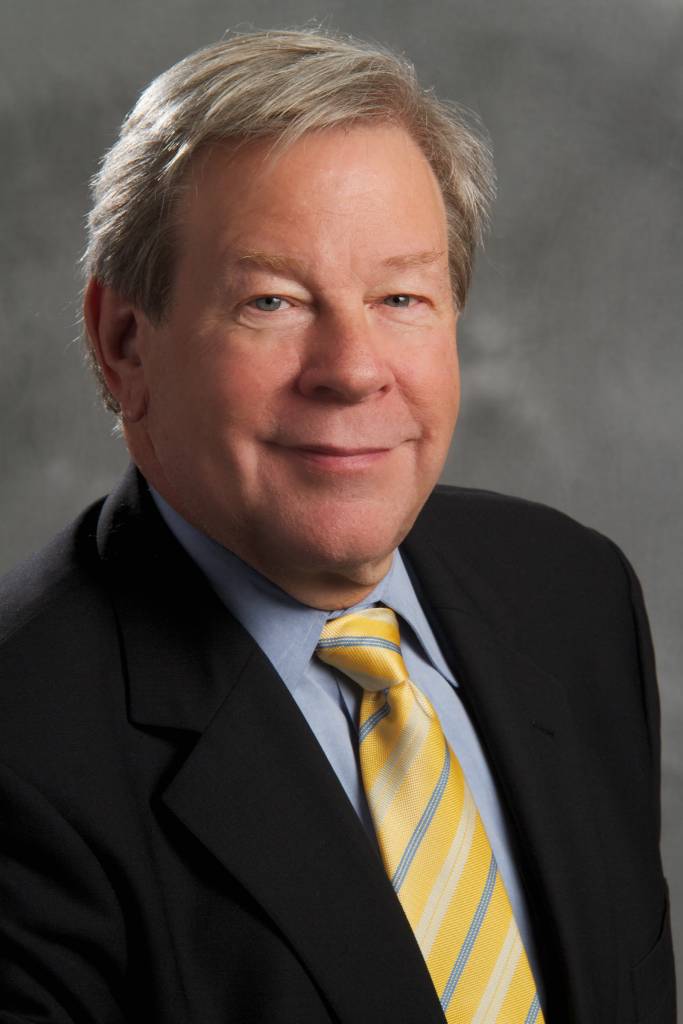 On December 31, 2015, Dr. Steven Olswang will step down and retire as Provost of City University of Seattle. This will conclude Dr. Olswang’s eighth successful year at CityU. We wanted to take a moment to recognize him for his accomplishments.

When hired in 2007, Dr. Olswang was given three tasks: maintain CityU’s regional accreditation; start a doctoral program; and improve relationships among the faculty. As the university’s chief academic officer, Dr. Olswang used his decades of experience in higher education, law and leadership and achieved all three tasks by working with his faculty and launched two doctoral programs and more.

Under his guidance, CityU moved from an accredited master’s level institution to an accredited doctoral level institution. It gained ACBSP and ABET accreditation, and became one of the only west coast institutions to be globally accredited by the Project Management Institute. Also under his leadership, CityU started 13 new degree programs at various levels, and added programs at its sites in China, Mexico and Vietnam – all of which expanded access to students around the world.

More than 10,000 students graduated from programs that Dr. Olswang oversaw during his time at CityU.

“The beauty of this position is the breadth of opportunity it has provided me to work with creative and inventive people who share the same passion for education,” said Dr. Olswang said in a farewell email to staff and faculty. He continued, “I have enjoyed every minute I have come to work. Now, it is time to try the next phase of my life. Due to President Carter’s foresight on transition planning, I leave with a true sense that this institution is fully capable of moving forward.”

Dr. Kurt Kirstein, CityU’s current dean of the School of Management and Associate Provost of City University of Seattle will step into the Provost role January 1, 2016. Look for an interview with Dr. Kirstein in January.

CityU was honored to have Dr. Olswang in its ranks. He was an effective leader, professional and an esteemed academic. Dr. Olswang has published over 40 articles, papers, and chapters on higher education legal issues. He earned his law degree from the University of Illinois in 1971, and spent several years practicing law and teaching at Loyola School of Law. He later earned a Ph.D. from the University of Washington and was a J. William Fulbright Academic 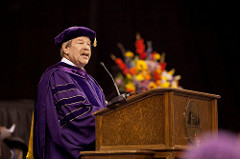 In his career, Dr. Olswang served in various leadership capacities at the University of Washington (UW), including Interim Chancellor for UW Bothell; Vice Provost; and Vice Provost for International Education for all three UW campuses. At CityU he has served as Provost.

Dr. Olswang is exceedingly passionate about education and active in the community. He will continue working toward creating more access and opportunity for those who have a desire to learn.

From all of us at CityU, and from everyone in the education community, we thank you Dr. Olswang for your commitment to students and education. You have changed lives for good.