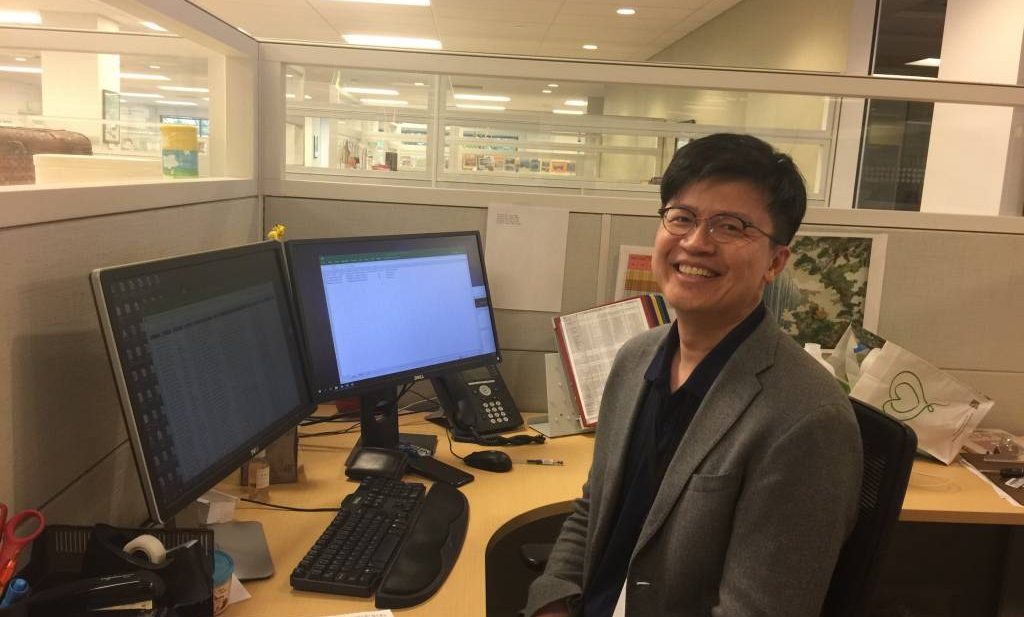 Chien-Hsin Tsai is the new Program Director for World Languages at Washington Academy of Languages.

Chien is Taiwanese American. He served in the Taiwanese Air Force for two years before moving to Seattle to pursue his undergraduate degrees in Modern Japanese Literature and Comparative Literature. Before joining City University as a Chinese instructor in August 2018, he was teaching, mentoring, and doing administrative work at the University of Texas at Austin. As the new Associate Director of World Languages, he cannot wait to come to work every day (it’s true!). You can find him in WAL during the day, and teaching Chinese at night.

Chien judiciously curates mid-century furniture. He makes book review videos and posts them on YouTube. He’s a “BookTuber” and has 100 subscribers to his channel. He usually reads non-fiction, especially the history of material objects and words. Reading fictional works, analyzing them, and publishing academic essays on them was part of his work at UT. He couldn’t pick up a novel without thinking about how to theoretically deconstruct it for an academic paper. Slowly he’s reentering the realm of fiction, not for work but for enjoyment. One book that he read last year and really enjoyed was Mildred Pierce by James M. Cain. His all-time favorite American novel is East of Eden by John Steinbeck.

Please stop by and say hi. Chien has a pocket list of shops, restaurants, books, movies, and many more that he loves to share!