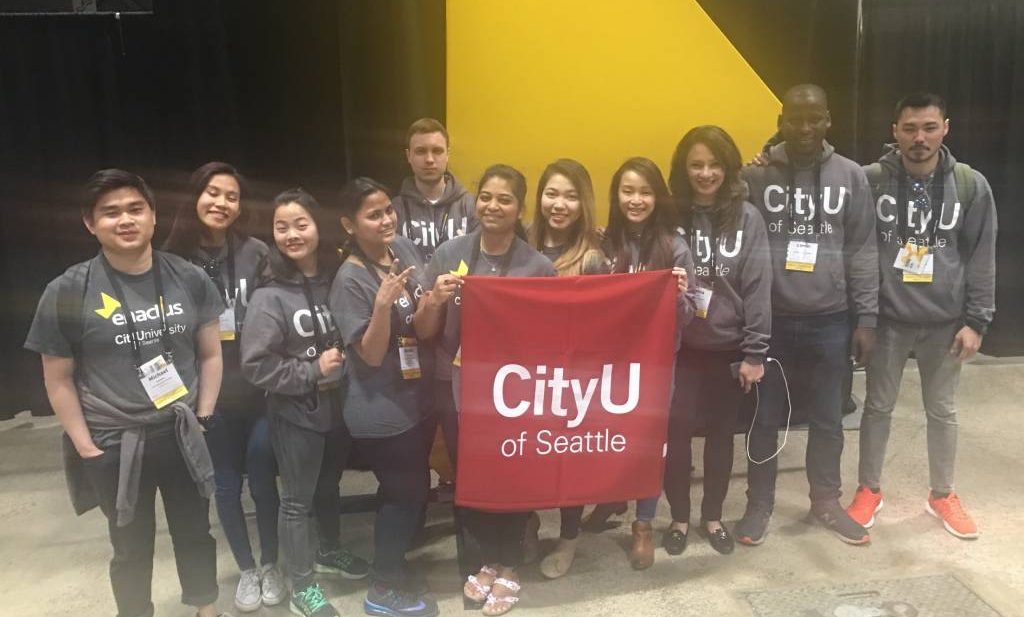 The trophy cabinet located in CityU library stands as a testimony for Enactus CityU’s achievement. Ten years ago (2008) Enactus CityU did not qualify to go through to Enactus National Exposition. In 2017 Enactus CityU broke through to Top 16 for the first time, and ended up in Top 8. This year, in May 2018, Enactus CityU presentation team stood proudly on the big stage presenting as one of the finalists at the national level. We placed fourth in the competition, and couldn’t be prouder in bringing CityU’s name and CityU’s education out in a national forum.

Such a success did not come in an instant or in isolation. Enactus CityU is one of the most diverse teams in the US, where most of the team members are international students. This makes the perception of leadership different for each members and their expectations even more dissimilar. What is normal in one culture is viewed as a complete anomaly in others. An inclusive leadership style at Enactus CityU means we are able to harvest diversity as our strength, time and time again, with trust built based on work ethic we agreed upon.

Another factor to think about is the nature of City University of Seattle as an institution. Focusing on educational excellence through lifelong learning and global connections, CityU has as many adult learners as the young ones. Managing Enactus CityU team is more than just managing a multicultural team. Enactus CityU is uniquely a multi-generational and multicultural team, where students from different countries with different levels of professional experience merge in a one team while sharing the same vision of pursuing a passion in social entrepreneurship and changing lives for the better. The authors, for example, although came from different parts of the world – Malaysia and Australia – both had been professionally employed in different fields. 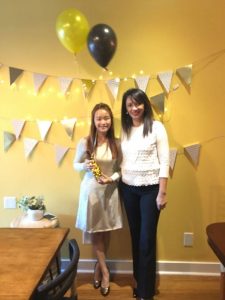 As presidents, the authors acknowledge that we are also managing millennials (who are the world’s future leaders) and are more technologically sophisticated than their predecessors. Technologies streamline communication within team members, and these can make millennials feel heard and supported. Throughout the years, with the support from the institution and the advisor, Enactus CityU chooses to modify its team dynamics, by working with more flexibility. Team members who are unable to physically attend the weekly meeting can call in using Skype or WhatsApp Video Messenger. Project Plans and GANTT Chart are kept in SharePoint, ready for members to access anytime anywhere.

Trust positively affects commitment, loyalty and performance, and Enactus CityU builds trust within its team members by utilizing technology and stressing on the importance of being accountable and responsible, moving away from an archaic type of leadership of chain of command.   Technology disrupts business value change, and the shift in expectations in term of equal opportunity and work-life balance in the face of ever-changing age, educational, and global mobility profiles of team members make it imperative for the leaders, in this context Enactus CityU presidents, to lean in and lend support.

Leaning in and lending support as a type of servant leadership give an opportunity for Enactus CityU presidents to guide, support, understand, be genuine, and build relationships (Cleveland & Cleveland, 2018). By leaning and lending support, as Enactus CityU presidents, the authors were able to show the team how to grow their social capital investment, slowly but steadily. By leaning in and lending support, the authors were able to guide the team to see opportunities where others can’t and to push all the psychological boundaries and limitation of their comfort zone to turn Enactus CityU’s visions into social enterprises that change lives for the better. From Gabon to Puerto Rico and Guatemala, from Seattle downtown to Buckley in Washington State, Enactus CityU’s social enterprises show commitment and drive of the team, millennials (and Generation X) from different part of the globe, to positively impact the world.

It took Enactus CityU ten years to go from zero to hero, from non-qualifying to Final Four. Embracing change, harvesting diversity, leaning in and lending support make people, resources and processes come together, and these become part of the formula in leading such multi-generational and multicultural future leaders studying at City University of Seattle.