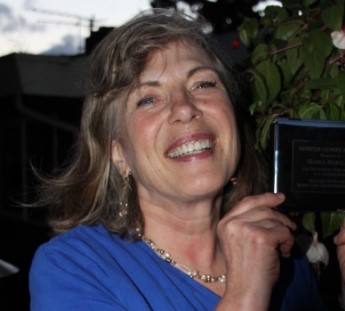 Life is Pandora’s Box. Each day brings a new surprise. When I quit teaching and reinvented myself as a tour guide at Boeing’s Everett plant, I eventually took advantage of the education they offered in an effort to keep my teaching certificate up-to-date. I had no idea what a game changer the MAL program would have on my career and on me.

Every course has had an impact, presenting challenges that have grown me as a leader. Some challenges I appreciated more than others, but everything has boiled down to whether I wanted to get something out of the course or not.

Beginning with John Maxwell’s The 5 Levels of Leadership, I have found a core for examining techniques, practices, and paradigm shifts that have allowed me to rise in leadership within my organization.

Before the program was changed, there were times when the class content and instructor feedback did not help me get the answers I needed.  It was these times when I had to decide I would be the captain of my fate.

I found that I love coaching, which is a huge up and coming field in many organizations, including my own. Oddly, during a course I wasn’t excited about, one of the assignments directed research to include professional coaching. In the future, if I don’t become a private investigator, I will become a coach. So far, MAL 550, Critical Thinking and Innovation, has challenged me to take risks that have brought me a promotion and positive regard to my boss and I expect more to follow.