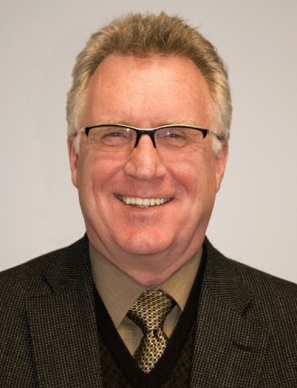 I recently read an article in the Gallup Business Journal on The Keys to Building a High-Performance Culture, which indicated that there are six crucial components to developing a high performance culture.  In general their results showed that high-performance cultures are created by setting clear expectations, defining employees’ roles, creating a trusting environment, and encouraging employees’ growth and development.

These six components are comprehensive enough and describe what successful organizations DO to create a performance-based organization.  However, many companies do these things and still do not create a CULTURE of high performance.  The key term here is culture.

What is organizational culture and how does it manifest itself?

“The test of a healthy culture is the translation of guiding beliefs into a reality that is manifested in people’s daily behavior”(Davis, 1984).  Culture can be seen as the way people automatically respond or act without any conscious thought.

I adopted this definition because it is simple and focuses on how people actually behave within an organization.  It’s common sense, but it serves to identify where organizations fail to focus in a deliberate way, to affect change.  Essentially, in order to change the culture you have to the change behavior.  And, if this is done well, people’s attitudes will follow and a strong culture will develop.  People will simply respond automatically and act in a way that is aligned with the behaviors/culture that the organization desires.

Strong cultures have the following characteristics:

This is by no means a comprehensive statement about cultural characteristics within organizations.  I suspect that most organizations however, fall somewhere between the noted extremes.  Furthermore, I suspect that most organizations do not take a deliberate approach to deciding about these important manifestations, and then making a conscious effort to encourage, communicate, and support the desired behaviors that result from their thinking.  They stop at mission, vision, and values and miss the opportunity to translate these into a meaningful culture, full of daily behaviors and beliefs that are virtually automatic responses by the people that work there.

Jack Welch, at the end of a challenging career of working up through the ranks at GE, made the following observation.  He said after years of climbing the ladder to the top of the organization, he realized that if he could get the behaviors right, then the results would be there.  Consequently, those in leadership positions were evaluated in primarily two areas, achieving results, and behaving in very well-defined ways.  He set up mechanisms to measure both, and he was brutal in removing leaders that did not meet expectations in both arenas.

The following quote is one that has stuck with me for many years.

You can have ‘people who are energized and enabled by a set of beliefs that gives them purpose…and provides an arena to contribute that is larger than themselves, and larger than if they worked alone’…OR.. you can have people that are “confronted with the nonfunctioning of their beliefs, both unwilling to abandon them and unable to use them.  They are lost, not knowing which way to turn, and their culture is working against them instead of for them.  These are the alternative ingredients of human and corporate greatness or tragedy. (Davis, 1984)

People may disagree with Welch’s methods at times, but he ensured that the culture and expected behaviors were well defined and aligned within his organization, especially for those in leadership positions.  He was right.

Timothy Sprake is the Director of Human Resources at City University of Seattle.