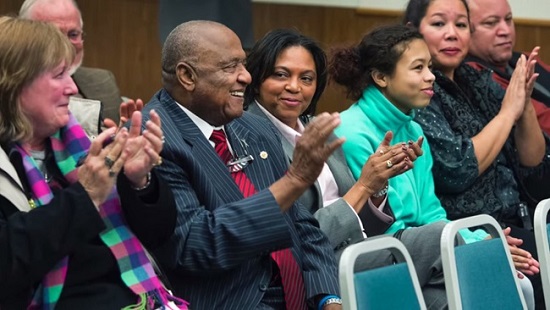 For more than 30 years, Willie Stewart dedicated himself to the Tacoma school system, and continued to help educators in the area as a field supervisor for CityU. Recognizing his lifetime of commitment and service to Tacoma, the school district recently honored Mr. Stewart by naming the re-engagement center after him. 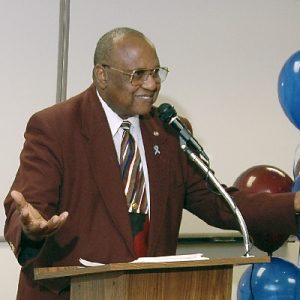 During his tenure as principal of Lincoln High School, Mr. Stewart devoted himself to helping students graduate and realize their full potential – a legacy the Willie Stewart Academy will continue. The building is home to a program that assists students who have left high school due to family or job needs, or missing credits to graduate.

When he retired from his position as principal in 1996, Mr. Stewart didn’t stay idle for long. He quickly joined CityU as a faculty member and field supervisor, and later took a position on the Tacoma School Board.

Mr. Stewart began his 16-year career at CityU as a faculty member, teaching classes in conflict management, negotiations, communications and human resources. He later became a field supervisor and had worked with a group of students throughout their year-and-a-half programs to become school administrators.

“At CityU I really enjoyed the ratio of teacher to pupil,” he added. “I felt like I was really able to get to know my students.”

Giving guidance and advice along the way, Mr. Stewart said many of his students were successful and found employment after graduation.

When asked about Mr. Stewart in a 2008 interview, former dean of CityU’s Albright School of Education Marge Davis said “he makes sure that each one of his interns – each person that he mentors – is placed in a position where he or she will be successful. It isn’t just about getting a job for the individual, it’s getting the right job at the right place where the person will be able to serve, learn and grow, but also be supported.”

As a field supervisor, Mr. Stewart personally mentored hundreds of students on their way to becoming school administrators. And witnessing his students’ successes was part of the reason why Mr. Stewart’s own children decided to enroll at CityU.

With his 36-year career in Tacoma, and his 16 years at CityU, Mr. Stewart has no doubt had a tremendous effect on hundreds of educators in the area.

Dr. John Armenia, CityU’s former coordinator for the educational leadership program, said Mr. Stewart is so connected to his community that “if you want to know something about the schools and community in Pierce county and Tacoma, you just have to give Willie a call.”

“Even though City University is excited to have me, I’m more even excited to be here,” Mr. Stewart said in a 2008 interview. “And I gained more from the university and the students than I could ever give.”

Interested in CityU’s Certificate for Administrators? To learn more, visit our website or chat with an adviser.