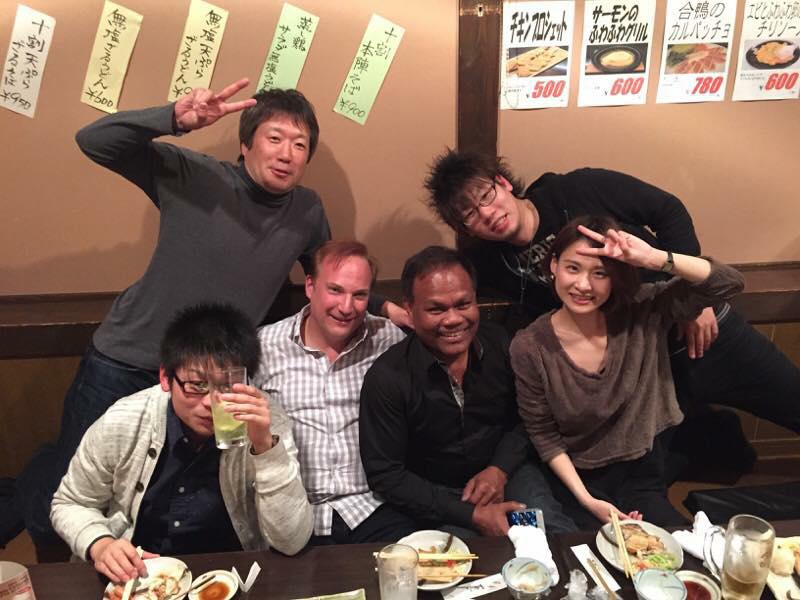 Nearly ten years ago, I signed up at WAL (Washington Academy of Languages) for a Japanese conversation partner. I was 40 years old, and my conversation partner was to soon be 20! I thought, “Ok, I’ll give it a try.” Debbie Chan, an administrator for WAL, had put this program together, and she arranged us to meet in a study lounge at the prior WAL location.

With his tall abundance of black spiky hair, and a curious look, Wataru san, sat across from me. I spoke to him in my overly polite Japanese that I was accustomed to using on the airplane as a flight attendant with Japanese passengers, on our flights from Seattle to different cities in Japan. I watched him, as his hair looked as if it were getting taller and even spikier, like in a Japanese manga comic book, until he suddenly exploded out, “Wait, you are way too polite! You must speak more rudely to me, as no one in my entire life has spoken to me so politely before! I feel very uncomfortable!” I laughed and noticed him relax a bit, as I brought it down a couple bars on politeness. He said, “Better. Still too polite. As I am 20 and you are 40, you must speak more rudely to me, as it’s normal. Try this…” I said to him, “But how would that help me, as I can’t talk to passengers like that on the airplane,” and winked back. The following week, we decided to meet on the University Avenue to grab a bite to eat with my spouse. My spouse took to Wataru quite from the start, and Wataru was pleased on first meeting with him, that he was learning a bunch of new bad English words from my spouse, in how to plug them into sentences to be grammatically correct. My spouse referred to his English as Cambodian English as he is Cambodian. I told Wataru that Tha, my Cambodian spouse, uses bad language while driving his Jeep around Seattle, and that he shouldn’t use it in class as new vocabulary. Wataru thought it was great, and he started making a habit of meeting up with me once a week to practice our language together as conversation partners, and later joining my spouse and me for dinner. I later explained to Hideki san, my Japanese teacher, who was also Wataru’s English teacher at WAL, that we were teaching him the bad words too, and he said, “Just as long as he doesn’t use them in his class.”

But basically Wataru’s very polite, and friendly demeanor made it very easy to have him over to parties and friendly gatherings of friends at our house. As he was spending the entire year in Seattle, to improve his English conversation, as part of his degree back in Niigata, Japan, we became very used to having him around our home, and meeting up with him in different parts of Seattle. At the end of his year here, his younger brother, Ayumu, who also studied English at WAL, started a homestay in Seattle. After he got lost on the bus one time, and Wataru (who came along with his brother, Ayumu, to study at WAL again, too) asked us if we could help to go find him and pick him up. Ayumu soon began asking if he could stay in our small office at our Green Lake house, instead of sleeping at his homestay family’s place. We didn’t mind, and we welcomed the two brothers into our home whenever they liked. Ayumu was in Seattle for just a short stay, and after they both returned to Japan, my spouse and I decided we should make a trip to Niigata to meet their parents. So we did just that. We flew to Tokyo, and hopped on a connector flight to Niigata, and both Wataru and Ayumu picked us up at the airport. We drove to their family home, and met their folks, Satoshi and Misa. Both were extremely kind, and we brought gifts for them, and stayed in their wonderful tatami guest room on the main floor. We all went to dinner at a wonderful restaurant near their home. Satoshi san and Misa san are both about our age and we all hit it off quite well. As I had been to Japan over 400 times as a flight attendant for more than two decades, and my previous occupation was teaching English at a school in Osaka for two years prior to my flying career, I was accustomed to Japanese culture. Unfortunately I never really could capture beyond an intermediate fluency in the language. It has always been work in progress for me, but enough to certainly communicate with their parents. During that trip, Satoshi arranged a trip to Sado Island with Wataru and Ayumu, by hydrofoil. Sado Island is known as the “prisoner island” from olden times, where criminals were put on a boat and set out to sea, and if they were lucky they would make it to Sado Island to start a life there, and some folks did make it there. It made for an interesting place to go, to stay at a beautiful Japanese “onsen” hotspring there.

For a little background, on the meaning of their last name, Koike, meaning “pond”, and their first names “Wataru” meaning “crossing” and “Ayumu” meaning “walking,” I felt it was fitting that they came across the pond, the big Pacific Ocean “pond” to come and visit us in Seattle. In the years to follow, the Koike brothers would meet me in both Osaka and Tokyo at different times. They also both flew over to Seattle to stay with us during their short vacation times. And then Satoshi, their father, also came to stay with us twice at our Green Lake home, in north Seattle. We took Satoshi to a Mariner’s game and showed him the sites in Seattle.

In November, I sent a message to Debbie Chan, an administrator still at WAL, which is now a division of City University, and I invited her over for dinner to thank her for putting Wataru and me together as language conversation partners nearly 10 years before. It was only by chance, when I saw Debbie make a post on Wataru’s Facebook page that I learned who the person was behind the scenes all these years later who had matched us to study together. So when Wataru came to visit us in early November this year, we invited Debbie, to join us for dinner at our Green Lake home. We made a wicked Cambodian curry and had a fun celebration, and the following morning again met up and went to a famous biscuit shop near City University in the Belltown area of Seattle. I wanted to thank her for her work, and the work she did.

My spouse and I refer to Wataru and Ayumu as our Japanese nephews now. Over the last many years I have taken courses in French, Portuguese, and Chinese from WAL, as well as many other Japanese courses ranging from various levels 9-22, all from WAL. I have found the different courses workable to my flight schedule, where they meet a couple times each week in the evenings, and go at a pace where I can gain some working knowledge of each language. I can order a glass of red wine in French, and be cordial in Portuguese. My next working flight is to Shanghai in a few days, and then Tokyo a couple of times around the holidays later this month. Folks around the world really appreciate the effort made to learn their language and culture, even just a little bit. By far, the best and most profound experiences have come from this “Across the Pond” friendship between the Koike Family in Niigata and my family, and as Satoshi told us, we are one family, not just friends. It’s just so kind, and we appreciate them very much!