Connecting the Dots: Leadership as Advocacy 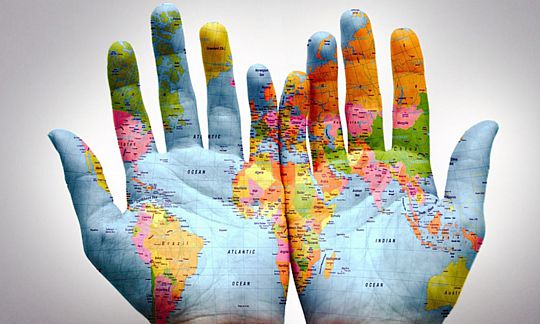 Twenty-first century notions of leadership emphasize collaboration, community-based action, and generating a shared vision. In response, there has been much attention paid lately to strengthening leader advocacy—to ensure leaders understand the power they wield and the potential value of speaking on behalf of others. These discussions have emphasized the importance of inclusive approaches to both leadership and leadership development. They have sought to move on from leader-centric, Great Man theories—where the heroic (presumably male) leader saves the day all by themselves—in order to include different leadership styles and different types of leaders (for example, women’s leadership, servant leadership, and followership).

As important as these perspectives may be, there is room to push the concern with collaboration and social process further still with the help of relational leadership, social movements, and complexity leadership theories. Relational leadership theory, for example, explores the idea that leadership does not consist of the characteristics of an individual leader, or a set of individual skills or competencies, but rather of a set of relational processes and interactions (Ospina et al., 2012; Uhl-Bien, 2006). David Day (2000), for example, stressed the difference between leader development—that is, the development of individual competencies and personal skills—and leadership development—the cultivation of leadership as a community of practice or collective capacity that prioritizes social process and interaction.

It is easy to see how this same idea could apply to advocacy. From a relational perspective, advocacy is not just a skill to be acquired by individual leaders, no matter how benevolent their intentions. Rather, both advocacy and leadership take the form of a series of social processes involving interaction, continual reflection, and a commitment to social justice. Social movements are a familiar social phenomenon in which these relational forms of leadership can be seen. Sociologists Gerald Davis and Christopher White (2015) have studied how principles derived from the Civil Rights Movement or the Arab Spring can help explain how change unfolds. An even better example might be #MeToo, because the movement does not have a heroic figure to lead it—the movement is led rather by the collective interactions of women (and more and more men) working together to combat sexual harassment and abuse in all its forms.

Relational leadership theory can help advocacy communities draw inspiration from the dynamics of social movements for meaningful collective change. To encourage ethically and socially just leadership practices, centered on advocacy, we would do well to nurture and develop leadership rather than simply leaders, and advocacy rather than simply advocates.

Dr. Nicole Ferry Assistant Professor and Associate Program Director in the School of Applied Leadership at City University of Seattle. She currently manages the research courses in the Doctor of Education in Leadership program.

Davis, G. F., & White, C. (2015). Changing your company from the inside out: A guide for social intrapreneurs. Boston, MA: Harvard Business Review Press.