CityU of Seattle in Slovakia has a Hockey Team! 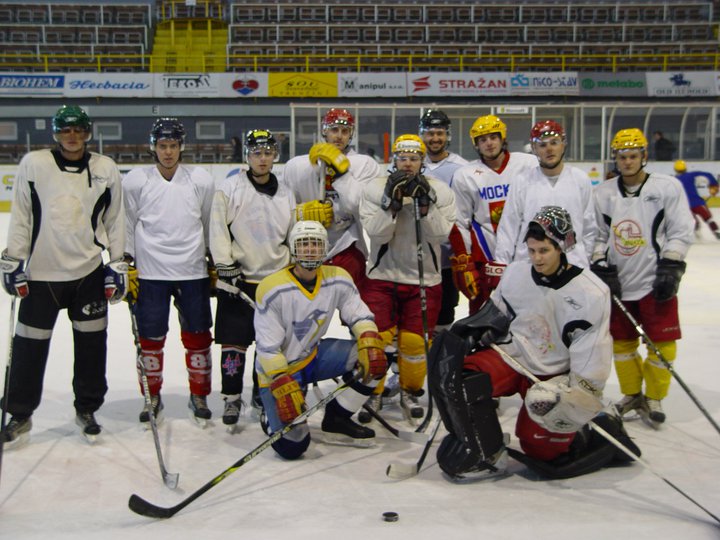 Our CityU of Seattle Slovakia students started a hockey team! There is quite the history and story behind it, so we thought we would share.

History of hockey at CityU in Slovakia

It can be said that “University Hockey” at CityU started in 2010 in Trencin, Slovakia when Lukáš Frývaldský, an administrator at CityU in Slovakia, received an invitation from his colleague Dr. PaeDr. Lubomir Kral, who works at Alexander Dubcek University of Trencin, which is the state college. He asked Lukáš if CityU would organize a hockey team, which would be able and willing to play a small hockey tournament against their college and against other team in college, in Sladkovicovo. Forming a team seemed simple at the time, but three years after that fateful conversation, Lukáš  will tell you…forming a hockey team at the university level is anything but simple.

CityU’s first hockey team was comprised of students, graduates, former classmates, and friends of CityU in Slovakia. The team did not have a budget or a single person dedicated to growing the team. It was all supported by team members pitching in and doing what was necessary on their days off. Fortunately, Lubomir Kral from the state university was able to reserve a free hockey rink so the teams could play for free. The only requirement for the players was to have their own hockey equipment.  Many times, the team had to improvise, especially when it came to uniforms. The team couldn’t afford uniforms, so they all wore white hockey jersey’s that they had inside out.

This team has played for four years and has enjoyed every season.

Now, the team is working with Jaroslav and Lubomir on forming regulations and registration rules, and has hired a professional hockey coach. He will coach the team twice a week, and lead the team once a week during a match.

The team would like to thank Jan Rebro and Branislav Zlocha, who have supported the team with a place to practice and now a scholarship. Since properly forming the team, CityU Slovakia has registered around 22 players who would like to play for the team.

The team selected the mascot. They wanted to make some correlation between the team and the history of Trencin. In the year 179 A.D., Roman Legions made an inscription on the rock that that the Trencin castle is built on. It says “to the honor of victory.”  This was inscribed during the wars between German tribes and the Roman Empire, at that time ruled by the Cesar Marcus Aurelius. Because of these warriors, the team named themselves “The Warriors”.

Trencin is a small city that has a huge hockey community. Many have played in the NHL and some have brought home the Stanley Cup. All these big names stand behind, and support this league as can be seen in testimonials on the EUHL web page (www.euhl.eu). This league has a big chance to become a major European University League with a huge promotion opportunity for each attending college.

One of the most daunting tasks for students who are learning how to navigate an...