CityU in Prague – In the Mix of Appreciation and Exploration 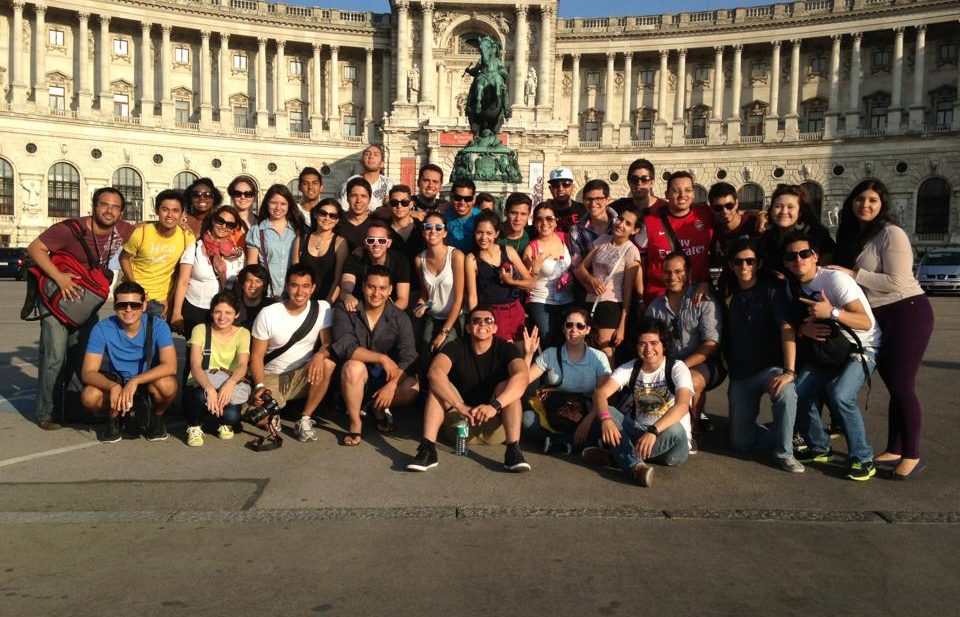 On Monday, July 15 the students begin their course: “Fundamentals of Project Management”. At this time they were greeted by Petr Budinsky, who serves as the VSFS Vice-Rector for Education and External Relations. Petr has been a longtime partner of City University of Seattle and had a positive reception with students. During this time, students were divided into project teams and they will make final presentation at the end of the course/program.

In the interim, I have been checking in with students one-on-one to see how the course is going for them. I am very curious to understand their discernment process in choosing a business-related major, as well as what they intend to do professionally after graduation. I am encouraged, as a higher education professional who is based in the United States, to see so many students who are passionate about studying, living and working all across the globe! Intercultural experiences and development are truly value-adds in a young professional’s “hire-ability”, not to mention that it creates more globally-aware citizens! The students participating in this program “dazzle” me with the way that they embrace the world. 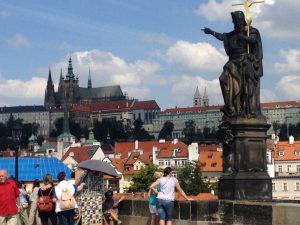 The next day (July 16) we were treated to a wonderful walking tour of Prague packed full of stories, adventure, architecture, myths and legends. A notable moment was walking across the Charles Bridge and being very “touristy” touching the stature of John of Nepomuk.  Historical context: he is renowned for being a martyr of the Seal of the Confessional which is a vow of Catholic priests not to reveal anything shared with them in confession. He was the queen of Bohemia’s confessor and her husband, Wenceslaus, King of the Romans and King of Bohemia, pressed the priest for information about his wife’s confessions. However, he did not betray his oath; and as such he was thrown from the Charles Bridge into the river Vltava on March 20, 1393 by order of Wenceslaus. Intense history right?! In addition to the city tour, we also had a meet and greet at the Mexican Embassy in Prague. Because our group is so large (40+) we had to divide into two groups for the day’s activities. But we were all able to convene in the middle of the day for a large group lunch!

On Wednesday, July 17 we had our first company visit at the Czech National Bank. It is always fascinating to get behind the vault in a bank – it’s like being in a movie! Sadly and most expectedly, cameras were not allowed in during the presentation and tour of the bank. However, we were privy to learning the history, vision and mission of the Czech National Bank –ensuring the country’s financial security and faith in the stability of the Czech krona (the national currency) is no small feat! We concluded our day with a group lunch.

The following two days (July 18-19) were in class days for the students. That weekend (July 20-21) we ventured by bus to
Vienna, Austria! We met early in the Domyno parking lot. In addition to Zuzana Heranova and Petr Castka, VSFS staff member Helena Klempířová joined us for the trip. As we loaded the bus, Helena was there assuring that everyone had their passports and needed items. VSFS surely runs a thorough operation for the summer program! Oh, and we were accompanied by, our trusty tour guide, who we called George (by his request). George studied for several months in Vienna while he was a university student. 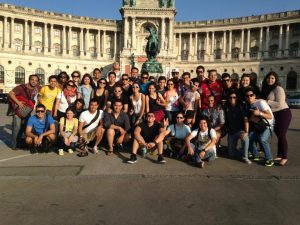 We made our way the border between the Czech Republic and Austria. There we had lunch at a large shopping center that also serves as a children’s amusement center. Then, onto Vienna we went. Upon arrival we hastily (as we could with a group of 50+ people) checked into the hostel. Then, we were off to see the sights led by George, who took us around the city centre detailing legends and myths about the famed Habsburg Family who were Austrian royalty. In addition to seeing the epic palace and spaces occupied by the Habsburg Family, we visited the various museums (art, history, nature), city hall and shopping district. George shared with the group different aspects of the culture of Vienna – such as the extreme respect for police officials as well as the celebrity status for famed musicians (in Vienna they have the equivalent to the Hollywood Walk of Fame – but it strictly honors musicians). On day two of our weekend in Vienna we divided into two groups – one group toured the Habsburg Palace, gardens and royal apartments, learning more about various members of the famed family. The other group visited the national museums. The experience in Vienna was very historical and beautiful! It set a tone for appreciation and exploration of Europe, which came in handy for the students the following weekend as they explored Europe during their free weekend!

That’s all for now…check out my final posting about City U of Seattle  in Prague next week!