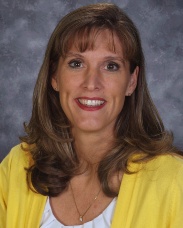 AWSP will honor Renner at the joint Washington Educators Conference in Seattle this October and she is now eligible for the 2013 National Principal of the Year award.

Renner began her career at Ford Middle as a teacher in 2001. She was promoted to dean of students in 2004 and to assistant principal in 2006. She has been in the role of principal since 2010. She is generally known for taking a solidly good school into the “great” category. Under her leadership, the school has risen the past three years in the State Board of Education Achievement Index from “good” to “very good” to its current “exemplary” rating.

Her dedication to rigorous and collaborative instruction has resulted in a school with 60 percent of students on free and reduced lunch and a majority minority achieving above the state average on all subjects and at all grades. She has increased access to technology for all students in all subjects, has established 11 robust Professional Learning Communities that meet daily, and makes sure that there are ample professional development opportunities for staff.

Ford also maintains an active Response to Intervention team that meets weekly to identify tier two and three students who struggle with issues of achievement, attendance, behavior and social/emotional health issues. Renner’s efforts with RTI have helped Ford reduce by a third the number of students who are absent from school a significant number of days and reduced the number of suspensions by 30 percent.

Renner is fiercely committed to the community. The school hosts a monthly family night and maintains close relationships with the families of the 900 students at the school. In addition, Renner oversaw a five-year federal grant that offered organized after-school activities, meals and academic support. When that grant expired last summer, she sought local funding and has put in place a successful program through the Pierce County YMCA three days a week that offers many of the same services.

“Heather has clearly established herself as an effective leader of a strong staff at Ford Middle,” said Don Rash, AWSP’s Director of Middle Level Programs. “Heather has made impressive strides in student achievement, particularly significant in the area of math. She has the full backing of her staff, students and parents.”

About the Association of Washington School Principals
The Association of Washington School Principals is a professional association serving principals, assistant principals and principals in training. Formed in 1972, the association now includes more than 3,400 members from public and private elementary, middle and high schools statewide. It is governed by a board of practicing principals drawn from three grade-specific boards representing the elementary, middle and high school levels. For more information, visit www.awsp.org.