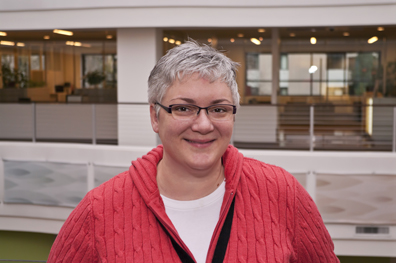 Dr. Ellen Carruth, Associate Faculty and Program Coordinator for City University of Seattle’s Master of Arts in Counseling program, has been recognized by the American Mental Health Counselors Association (AMHCA) as the recipient of  this year’s Linda Seligman Counselor Educator of the Year Award.

A professor emerita of counseling and development at George Mason University, Linda Seligman was widely recognized as an expert in helping clients cope with cancer and other life threatening diseases. This award, given annually, recognizes her contributions to the field of counseling. Nominees must embody the same high-character traits Linda demonstrated over the course of her career; those considered are often deeply involved in their communities, and typically hard at work on projects aimed at addressing nationwide issues.

Ellen will receive the award at the 2014 AMHCA Annual Conference in Seattle, on July 11. Her nomination came about largely thanks to the work she’s done on the “Finding Their Voice” project that was covered on the CityU blog back in January. Her work to uncover the impact of state budget cuts on mental health services has not only shed light on an critically developing subject, but has also allowed CityU students to become involved in a project that has the potential to change how the legislature addresses this topic moving forward.

In addition to accepting her award, Ellen will be presenting at this year’s AMHCA conference, both on the “Finding Their Voice” project, and other projects she been involved during the year.

University of Seattle is incredibly proud of Ellen, and ecstatic that the commitment she’s shown to her profession is being recognized by her peers. We’ll be sure to update this post with photos from the event!