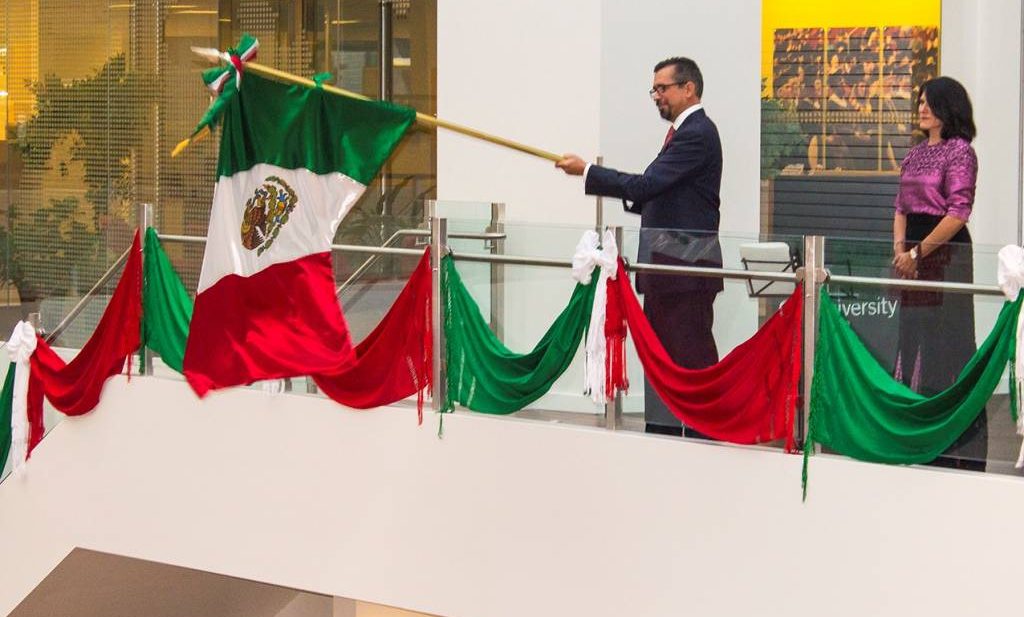 City University of Seattle hosted the Mexican Consulate in Seattle as it celebrated the 204th Anniversary of the Independence of Mexico. The Consul of Mexico in Seattle, Eduardo Baca-Cuenca, welcomed around a 150 of our regions leaders as they walked through our campus. The evening’s activities were kicked off by our very own Provost, Steven Olswang, as we he welcomed the Mexican Consul in Seattle and their guests to CityU. The rest of the night was filled with live musicians, singers, dancers, and wonderful authentic Mexican food and drinks. 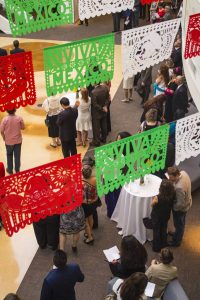 The program started off with an ensemble of singers – who flew in from Mexico – and musicians who sang songs from 17th Century Mexico. The warm vibrations of the harp along with the angelic voices of the singers echoed throughout the atrium, which was beautifully decorated with the green, red, and white. Later on, Consul Eduardo Baca gave the official message and ceremony of the “Grito de Dolores,” a tradition that is done every year in Mexico celebrating that infamous declaration of war that started the Mexican War of Independence. The thunderous yells of “Viva Mexico!” by the Consul and guests shook the walls of our building as the Mexican flag was waved from the second floor balcony.

This cued the drinks and food to be served. The caterer served bite-sized appetizers of traditional Mexican foods like tacos, tamales, sopes, tortas, cocktail shrimp, and queso fresco (my favorite). Then you had a choice of three traditional fresh water drinks: Limon (green), Horchata (white), and Jamaica (red). The program continued as the people ate and mingled. Next up were the dancers. A traditional Mexican dancing company

performed an array of dances that represented different cultures throughout Mexico. The dancers were flawless in their routine and many costume changes.

Finally the night ended with margaritas (also my favorite) and a one-hour serenade by a professional Mariachi band. It was overall a wonderful and festive night. This piece was written by Benito Vasquez, Manager of Mexican Programs. He can be reached at bvasquez@cityu.edu with any questions about this event.