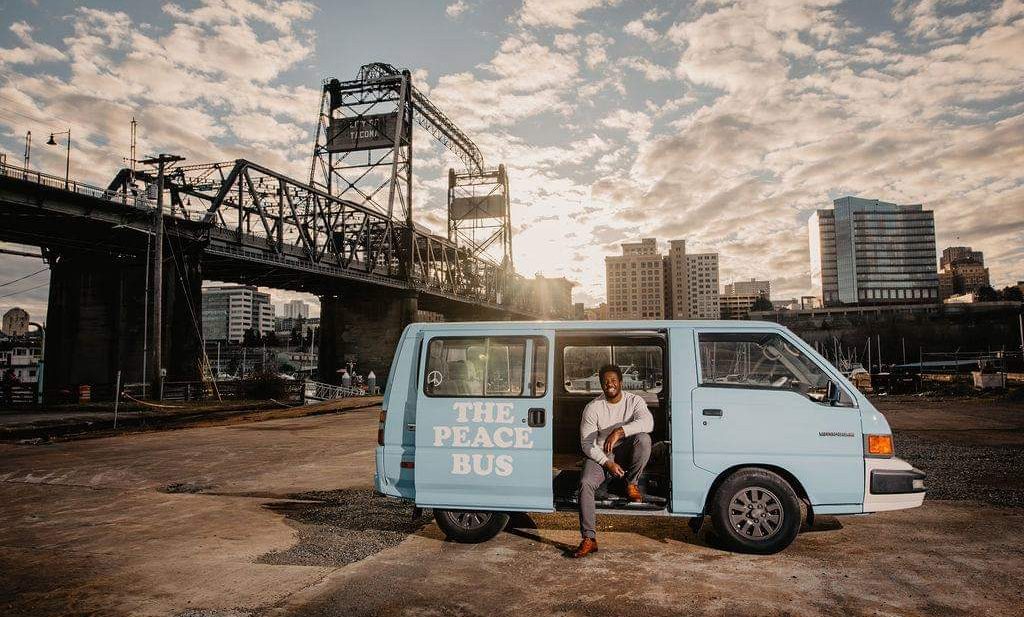 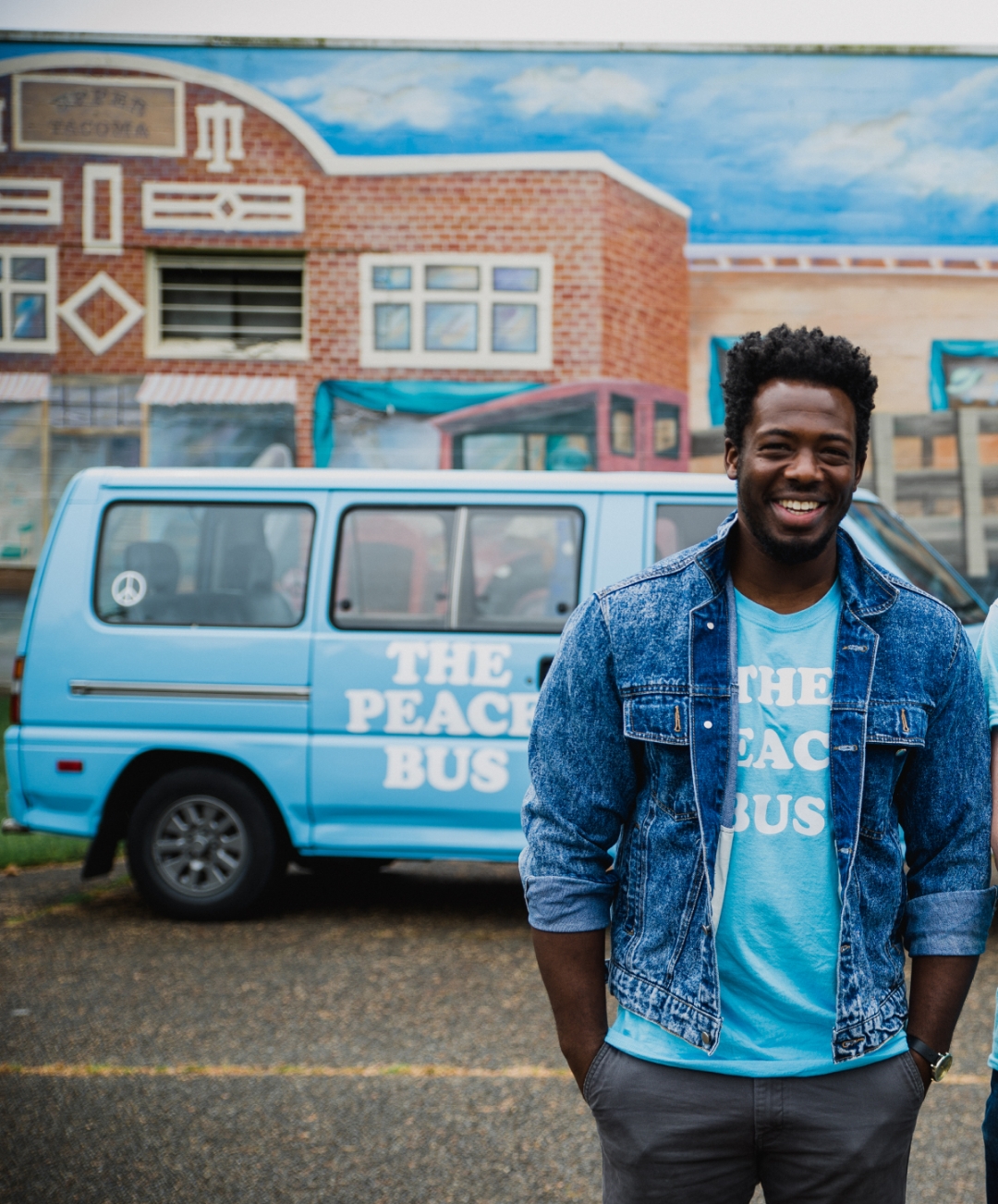 CityU Alumni, Kwabi Amoah-Forson, is using his bus, podcast, and MBA to share his message: listening to each other will lead to a world of peace.

After receiving his tax refund in 2016, Kwabi decided to put aside his feelings for material possessions and decided to purchase a Mitsubishi van to follow his longing to give back to his community and share his message of peace across the city of Tacoma, WA, the country, and the globe.

Kwabi’s story begins after he dropped out of college and didn’t know what he wanted to do. After reading an article about Brian Haw, an anti-war activist who camped out in front of Parliament in London, UK, for more than a decade, he began to develop an idea. “I decided if he (Haw) can camp out for ten years, I can share my message too. I had two signs – one said ‘love, peace and justice for all’ and ‘war is not the answer, say no to violence.’” Kwabi said. “I went to the park in Tacoma every Saturday for four months and was able to talk about peace to my community.”

During this time, Kwabi decided that the best way to get his idea of sharing his message across the globe was to know how to run a business, so he went back to school. “I learned about CityU’s MBA program and knew it was the best fit for me – I wanted to take classes online but also interact with other students, this was the best of both worlds,” Kwabi said.

After deciding to purchase the van as his Peace Bus, Kwabi’s friend Kevin Wolford, a producer, approached him and offered his services to start a podcast. Once the podcast began, the idea of making the podcast mobile was off to ask others what they think peace means.

After a trip down to Mexico, Kwabi and his team were able to interview dozens of people and ask them what peace means to them. From town mayors to immigration officers, Peace Talks (the podcast’s name) went all the way from Tacoma to the border of Mexico. Although the Peace Bus seems like a great entrepreneurial venture, it’s being led by an MBA graduate.

“I use my degree every day with the Peace Bus – whether it’s organizing fundraisers or planning our trips, I would not have been able to start the Peace Bus without my degree” Kwabi said.

When asked what advice he would give to prospective students who are interested in the MBA degree, Kwabi said, “This program isn’t going to give you the information and let you go off by yourself. Unlike some universities where students stay in their lane, CityU’s MBA program boosts engagement and creates classes where students work together as a team. It’s a great opportunity to be able to work with others that have a similar goal of earning a degree.”

As the Peace Bus looks towards the future, the goal of spreading peace is going to get political. “I hope to create an east coast journey with the bus that would take us to D.C. for a convention to end homelessness, and continue to provide hope to those who need it,” Kwabi said.