CityU Alumni Receive Awards for Their Work as Renton Teachers 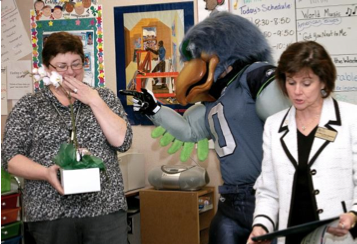 Both Simpson and Williams are graduates of CityU of Seattle’s Albright School of Education.

The Renton Chamber of Commerce awarded Simpson, a fourth grade teacher at Lakeridge Elementary School, the Ahead of the Class Award.

“My lesson on fractions was interrupted when Blitz, the Seahawks mascot, the superintendent, school board members, the principal and assistant principal and members of the Renton Chamber of Commerce and the school secretary stormed my room with photographers, flower bearers, balloons, and the announcement that I had won. The kids went bananas, I got a cool certificate and a nice prize, and I was overwhelmed!” recalled Simpson.

“Lynn is passionate about her students and their success. We have watched Lynn blossom into one of the most outstanding teachers at Lakeridge, ” says Nancy Kaastad, Lakeridge Elementary School office manager. 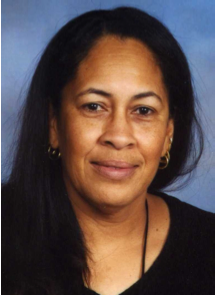 Williams, a physical education teacher at Bryn Mawr Elementary, earned the Rotary Club of Renton’s Teachers of the Month Award for January. To show its commitment to education and the Renton School District, the Rotary Club celebrates two teachers each month.

Williams earned a Master in Teaching degree and Teaching Certificate from CityU. She’s taught in Renton for the past five years.

Congrats to our CityU Alums!