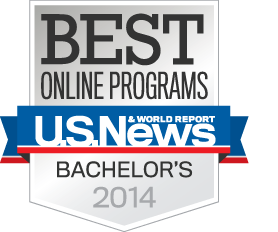 These rankings are based on academic reputation; graduation and retention rates; faculty resources; student selectivity; financial resources; and alumni giving. As a leading nonprofit university in the Pacific Northwest, CityU excels in these areas and remains dedicated to innovating new ways to reach students online and face-to-face.

“It is an honor to again be ranked among U.S. News & World Report’s top 50,” said City University of Seattle President Richard Carter. “This ranking demonstrates CityU’s dedication to serving our students, and confirms our commitment to quality by offering a premier, relevant, and 21st century education.”

CityU is proud to be a leader in these areas. For more information about CityU’s degree programs, please visit CityU’s website.