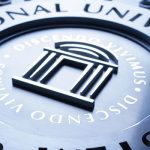 Today, City University of Seattle has become the newest affiliate of the National University System. As a result of this affiliation, CityU will have more resources to serve students and will retain its name, identity, and standing as an independent regionally-accredited, nonprofit university.

CityU’s affiliation with the System has been approved by the National University System Board of Trustees, CityU’s Board of Governors, and the NWCCU.

In the press release announcing today’s news President Lee Gorsuch said, “Since 1973 CityU has been committed to providing a relevant, flexible and accessible education for students managing their education alongside work and life’s many competing responsibilities,” said Lee Gorsuch, President of City University of Seattle. “The National University System shares this vision. By working within the System’s framework and leveraging its resources, City University of Seattle’s ability to educate and inspire change in our students and the community we serve is strengthened.”

NOTE: If you’re a student and have questions please contact your adviser or refer to the Student Portal for the announcement and the FAQs.