Career Corner: Why Networking Sucks (Most of the Time) 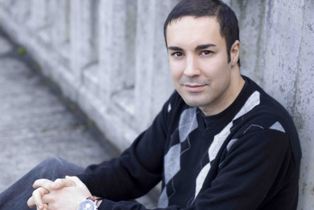 By Paul Anderson of ProLango Consulting

Two years ago, I made the mistake of taking my wife to a networking event. She was hesitant to attend, but I told her everything would go really well. We were going to meet small-business owners and entrepreneurs — how bad could it be?

As soon as we grabbed our name tags, we were greeted by a married couple. Before we could open our mouths, the gentleman handed us his business card and told us he was a naturopathic doctor. He went on to give a 60-second elevator pitch – the kind taught almost everywhere.

Before we could ask him any questions, his wife handed us her business card, told us she was a massage therapist and went into her 60-second elevator pitch.

As soon as they were done, I tried to ask some questions to generate an actual conversation. They replied, “We would love to chat with you, but we came here to network. If you have any questions about our business, please feel free to set up an appointment.”

My wife and I were puzzled. Did that really just happen?

That evening, at least during the short time we stayed, we watched the couple going around handing their business cards to as many people as they could. They were networking, right?

No — they were human-spamming everyone.

I was asked to speak recently at Bellevue College’s health-care information technology certification program on the topic of networking. I asked the audience: “How many of you decide to go to networking events eagerly waiting to hear other people’s elevator pitches?” No one raised their hand. So why do we do it?

Someone at the program commented: “If you’re going to mass social-networking events, trust me, you will be doing the elevator pitch at least once. Why? Because you probably won’t see these people again.”

Obviously, this reader believes that such events are short-term so it’s best to roll the dice and see if you win. I disagree. Here’s why:

Pitches are a turnoff. Seattle is a small town and your personal brand, reputation and credibility are too valuable for you to come across as a used-car salesman. What do you do when you’re in a retail shop and a clerk asks, “Can I help you?” The typical response is, “No, thanks, I’m good” or “I’m just looking.”

It seems we’re constantly pitched by a variety of companies and individuals trying to sell their products and services — through traditional media, social media, email, the Internet, traditional mail and even door to door.

We love buying, but we hate being sold to. So why would you put yourself in that category? How much is your reputation worth?

People are power. People know people, and their friends know people. If you make just one positive connection at an event and that person likes you, on average he or she could introduce you to more than 150 others. Some power players can provide even more contacts.

On the other hand, if they don’t like you — and chances are they won’t after you throw an elevator at pitch them — they’ll introduce you to no one. Their offers and smiles will be fake. Many wonder why people don’t follow up with each other after networking events. It’s because no real relationships are being built.

Once people have a negative experience with you, they’re highly likely to avoid you at events and even tell their friends about you. As some of my recruiter colleagues say, “We tend to forget the good ones, but we never forget the bad ones!”

Paul Anderson is a nationally recognized speaker on career transformation and was the TV Co-Host of the weekly show “How to Get a Job in Seattle,” aired on Comcast. Paul has formally written career columns for The Seattle Times’ NWjobs, ABC’s KOMO 4 News, and CW’s The Daily Buzz. Anderson’s unique and research-based curriculum to career management has put him in demand with the army, national guard, professional associations, universities, NFL, corporations, and government agencies across the country. Paul’s empowering advice and career strategies have appeared in such media outlets as The Wall Street Journal, US News & World Report, Business Week, USA Today, The Seattle Times, and seen on the ABC, FOX, and NBC networks.

City University of Seattle has partnered with Paul and ProLango Consulting Inc. to offer affordable career seminars throughout 2014. Both are leaders in their industry whose focus is on preparing working adults for their next career move. For more information about ProLango and their upcoming events at CityU visit www.prolango.com.