The Value of Teamwork, On and Off the Field 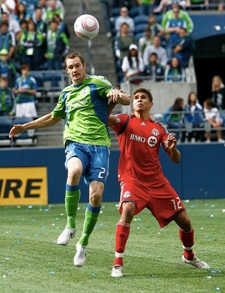 For soccer fans all over the world, this is the most exciting time to be alive, when the 2014 FIFA World Cup is taking place in Brazil. Each day reveals dramatic stories of games won and lost; the field is a stage where hopes and dreams have either been realized or decimated.

Although kicking a ball around a soccer pitch is not the same as working in a business organization, the game of soccer and sports in general provide valuable lessons about teamwork, which is the essence of leadership and workplace productivity.

To successfully lead a team, the leader or coach must communicate the organization’s vision clearly. Harvard professor and team leadership expert J. Richard Hackman wrote that “having a vision energizes and orients a team’s behavior”.  A vision statement embodies the heart and soul of the organization – it describes where the organization wants to go and why.

An effective coach or leader consistently and creatively infuses the vision throughout the entire organization. In turn, players and employees must fully embrace the vision and see themselves playing a pivotal part in its execution. A vision statement is not just a cliché printed on the front of a business card; it is a statement that resonates with enough power to inspire a team to action.

In addition to a clearly stated vision, teamwork is extremely important for an organization to succeed. An efficient and effective team can mean the difference between success and failure, both on and off the field.  In Level Three Leadership: Getting Below the Surface, author J.G. Clawson quotes Patrick Lencioni:

Not finance. Not strategy. Not technology. It is teamwork that remains the ultimate competitive advantage, both because it is so powerful and so rare. A friend of mine, the founder of a company that grew to a billion dollars in annual revenue, best expressed the power of teamwork when he once told me, ‘If you could get all the people in an organization rowing in the same direction, you could dominate any industry, in any market, against any competition, at any time‘.

Clawson goes on to say that “teams are cohesive groups of people mobilized around a common goal”.

There are many opportunities to be a leader or a captain when serving as a member of a team. Employers are constantly seeking to hire those aligned with the organization’s vision who possess the skills to lead a team to achieve it. At the end of the World Cup tournament, amidst cheering crowds and a hero’s welcome in the home country, the golden cup will belong to the team who realized their vision through the power of teamwork.

“The measure of a good team is not whether you make the summit, but how well you get along during the climb”. – Lou Whittaker, mountain guide