There is a popular quote that says, “If you’re the smartest person in the room, you’re in the wrong room.” That sentiment is one that resonates with City University of Seattle graduate Kim Nguyen and she advises other students to consider the idea.

“I used to see myself as the best, the head of the class,” Kim said “‘Never be the smartest person in the room,’ since I’ve followed that quote my life is so much better and I learn from so many other people.”

Kim came to the university from Vietnam, where she participated in a partnership program between the Banking Academy of Vietnam and CityU. Between her time in Vietnam and Seattle, she spent a year as an exchange student in Germany.

“I was lucky enough to go to different countries, and I realized that the best way to improve yourself is to be learning from those around you,” Kim said.

When she came to CityU, she dove in and made the most of her time.

“I fell in love with CityU when I came to Seattle,” Kim said. “I didn’t feel like there were barriers between students and administrators. CityU provided a warm environment that made my international student life much easier. I could walk around and talk to anyone and felt very supported.”

It only took her a year to finish her degree, but she accomplished a great deal during that time.

“Within one year, my resume was filled with experiences including project leader of Enactus, president of the Vietnamese Student Association, student employee at the front desk, volunteer through the Washington Academy of Languages Student Activities, and more,” Kim said.

Along the same lines as her favorite quote, when asked about some of her fondest memories from her time at CityU, Kim said it was the people she met.

“I like the small community that we have because you feel like you have a lot of friends since everyone knows each other,” Kim said. “Some people don’t consider CityU because they think it’s too small of a school, but I thought it was a lot better [than larger schools] because you have more access. I had so many options and opportunities and was super active. I wish people didn’t see small schools as not offering a chance to grow – you actually have a lot. I don’t think I would have been able to participate in as many extracurricular activities if I didn’t attend CityU.”

Graduating and looking ahead

Kim is part of the CityU graduating Class of 2018 and is walking to receive her Bachelor of Science in Business Administration degree.

“I never paid attention or thought of graduating like I did something so great – that I spent so much time and four years’ worth of energy,” Kim said. “When I received the cap and gown in my mailbox, I thought, ‘Oh my gosh, this is such an achievement, I can’t wait to walk!’”

Kim will be a student speaker at the university’s commencement. When asked what advice she might have for her fellow graduates, Kim said:

“I say always work hard, be honest and be kind. Life has so many difficulties and it’s easy to feel discouraged, but don’t be. It took me three months to land the right job. I felt discouraged, but I tried my hardest and didn’t give up, and I succeeded. Work as hard as possible.”

Following graduation, Kim plans to continue in her new role at a legal firm in Seattle. After that, she’s considering going back to school for her master’s degree and possibly even a Master of Science in Computer Science at CityU.

Wherever she lands, we’re certain that she’ll be a welcome addition.

The Summer in Seattle integrated study abroad program, Session A, is almost over! One of... 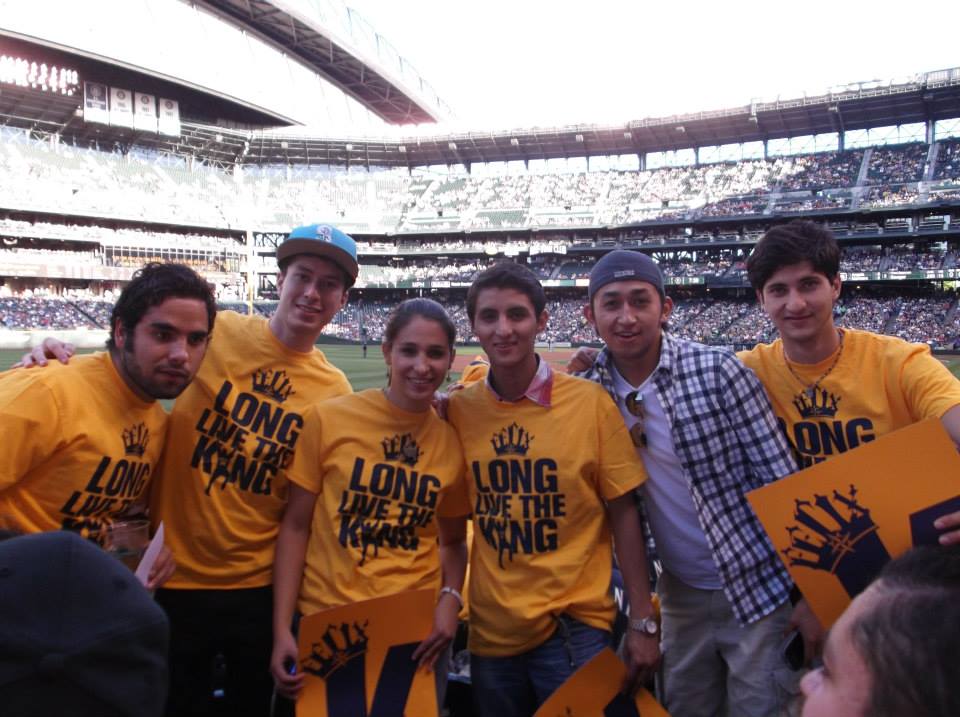 CityU Days with the Seattle Mariners 2016

Catch the Mariners as they take on baseball’s top teams at Safeco Field this summer!...