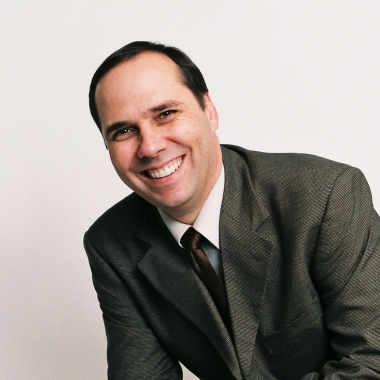 A career advice columnist recently asked me if I felt an employee should ever go over their boss’s head?  The author was thinking of examples such as an employee having a product idea that the boss ‘didn’t get’ or if a team member has a strategy for landing a new client that the boss didn’t support.  Listening to the columnist speak, it became clear he was looking for one of three responses; yes, no, or maybe.  I replied with a fourth option. “Why don’t we get leaders to foster work environments where employees do not feel like they have to go over a boss’s head?”  The columnist was not interested in exploring this possibility, so I will take up the question here.  My experience tells me there are two most common situations that lead employees to want to go over a boss’s head: when a supervisor is seen as a bad supervisor and when even a good supervisor is perceived as not listening.

In certain situations where a leader is seen as bad, they may even be seen as toxic.  For a variety of reasons related to this, an employee will want, or may need, to go around them.   It would be nice if this situation was relatively rare.  Unfortunately, research suggests that this is not the case. Instances of toxic leaders or toxic leadership are often the result of a combination of factors. Padilla, Hogan, and Kaiser (2007) have identified what they call the toxic triangle. This triangle has three components that lead to toxic leadership; a person with a penchant for unhealthy leadership tendencies, susceptible followers i.e. team members who allow unhealthy behaviors, and work environments that condone or perhaps even encourage negative working conditions.

In this blog post, I shall set aside instances of illegal actions on the job, power abuse, substance abuse, unethical behaviors, and anything like unto it that often define toxic leadership situations.  These instances  illustrate times when it is appropriate for a team member to go over a leaders head or to Human Resources to discuss such things. Instead, I want to focus on those who wish to be true leaders who will do what they can to ensure they are leading from a foundation of healthy human interaction. When this happens, even those who find themselves overseeing susceptible team members or those who work in a negative work environment will still be able to overcome this triple threat of divisiveness.  Here are a couple of strategies that can help leaders avoid playing into an environment that may be susceptible to toxic tendencies.

Even in work environments where employees may be willing to share and where there are good leaders who want to do the right thing, there may still be issues.  Leaders often think they are listening when in fact they are not.  Employees know what real listening looks like and they know when it’s not happening. If they feel they are not being heard, they will seek a listening ear elsewhere. To remedy this, leaders must be more attentive and mindful.

Here are a few suggestions that can aid in this arena:

Though it may not be needed, consider for the moment the possible consequences when a leader in the workplace doesn’t listen or support team members.  Spencer Silver was almost an example of this.  Silver was an employee at 3M.  According to the Post-it® note website, speaking of those early days he said, “At the time we wanted to develop bigger, stronger, tougher adhesives. This was none of those.” One of the substances he did create was a sticky substance that could be easily removed from other objects. Silver felt the material could be put to use. His boss supported him and gave him permission to speak about what he had created.  Most others in the organization found it to be nothing more than an interesting novelty. After five years of continuing to speak of his new non-permanent adhesive, colleague Art Fry found a most practical application for the adhesive. The rest is Post-It® note history.  Now to the question, what if Silver’s boss had fostered a ‘my way or the highway’ policy? What if the boss’s attitude was, ‘If I don’t see a need for this, then there is no need for this. Don’t you dare go around me.’? We all know the answer to these questions. One of 3Ms most popular consumer products, indeed one of the most popular office products of all time, may have never made it to market.