X
Click Here to See Thousands of Dollars in Scholarships That Are Available at CityU.
CityU Will Offer Face-to-Face Classes for International Students in the Fall. Click Here to Learn More.
MARCH 26, 2010 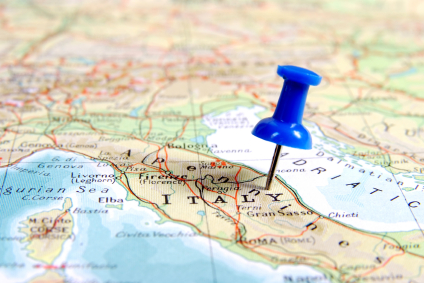 Highlights: Running to her connecting flight in socks, encountering a bus shortage, scaling a fence and yes, finally getting to relax

I have arrived safely and made it to the school to meet the principal and retrieve the apartment keys! It’s a beautiful school and I will be living right above it. (Photos to come!)

The trip was smooth, aside from the fact that I consumed so many salty snacks during the 10.5-hour flight to Frankfurt that I couldn’t stuff my swollen feet into my boots before evacuating the plane — and being in a hurry to make my connecting flight, I hoofed it in socks! I made good time.

After enjoying a liter of German beer and a bathroom makeover, I caught the next flight to Venice. It was a successful trip to the baggage claim but when I found the line for bus tickets, I was told that some of the drivers were on strike and there would be no bus route to Padova that day! Instead, I rode a train to downtown and from there, found a taxi.

Unfortunately, I had misplaced the address of the school, as well as the phone number but encountered a cab driver that knew the English International School of Padua and he took me there.

I spent the first evening gathering household necessities: sheets, towels, salami, instant coffee, dish soap. When I disembarked bus #13, I found that the key to the front gate didn’t work! In lieu of making a bad impression by calling the principal late at night, I heaved the bags over and scaled the metal gate.

Safely inside, I remembered her having mentioned that the boiler was being repaired later in the week. After taking an ice cold shower and drying off with one of my brand new purple towels, I was more than ready for bed!

It’s been an interesting couple of days and I look forward to meeting the students!!