A journey to the finish

Earning a new degree while working full time and balancing family responsibilities is challenging. Paths toward completion aren’t always smooth or direct, but getting to that finish line is possible. David Weddle is proof of that.

David started on the road to earning his bachelor’s degree shortly after graduating with his associate degree. That was in the ‘90s. At the time, he was drawn to City University of Seattle’s programming courses because of the flexible options that were offered. While he ultimately decided programming wasn’t for him, his positive experience at CityU stuck with him.

“I started again in 2004, that’s when I switched to psychology,” David said. “When I decided on psychology, I was considering going into counseling because I previously worked in law enforcement and was interested in counseling people with Post Traumatic Stress Disorder.”

Life happened and David’s road toward completion turned again, but he never lost the motivation to earn his degree. 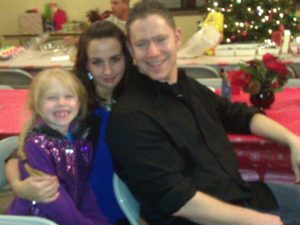 “I started up again last year… it was unfinished business,” David said. “After I worked in law enforcement, I went into private security. It’s rewarding, some of what we do, but there is a limit to expansion and not much upward mobility. I wanted to do something where I had more opportunities.”

A new focus with applied psychology

Now, David is focused on combining experiences from the classroom and his career.

“I’m now leaning toward going into HR and pairing what I’ve learned in psychology with experiences I’ve gained over the last several years,” David said. “I’ve worked in supervisor/manager positions and liked the process of hiring and staffing. That meshes well with what you learn in the field the psychology, so that’s an area I’d like to move up in.”

Although the road has been long, his transition from student to HR professional is right around the corner. With only one class left, he’s on-track to graduate with his Bachelor of Arts in Applied Psychology in June 2017.

“CityU has been really good to work with,” David said. “Even when I’ve had difficulties to work through, they’ve been helpful and motivational to get me back on track.”

Asked what he would tell someone considering studying at City University of Seattle, David said:

“It’s good for people working, there’s no question about it. I’d recommend it to someone who is looking for a way to focus and finish.”

And that is just what David has done. His path to the graduation stage may have been longer than most, be he focused and now he’s finishing.

Learn more about the Bachelor of Arts in Applied Psychology online, or by requesting more information.