Changes in Job Opportunities for American and Saudi Women 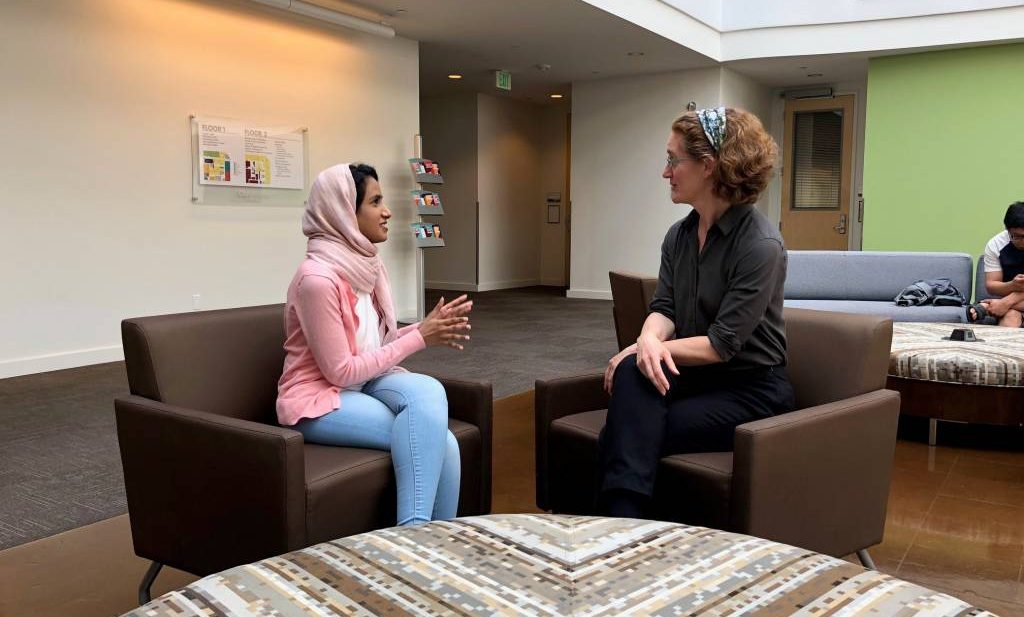 Rawan Alhejaili is a student in the English Language Program at City University of Seattle. I taught her for her level 7 Reading and Writing class. She wrote a research paper titled  “Changes in Job Opportunities for American and Saudi Women”. It was very interesting and I wanted to talk to her to find out more.

Christen Powell-Essinger:  Would you please give us a brief description of your research paper from last quarter?

Rawan Alhejaili:  Yeah, I still remember it well because I had a great time writing this paper.  I wrote about women’s job opportunities in America before World War II and during World War II.  And then I noticed that there is not a big difference between the situation of Saudi women before and after 2011.  So I decided to compare the two situations.  For example, before World War II the job opportunities for American women were very limited.  And for Saudi women before 2011 it was the same.  And I noticed that in both situations when the country needed the women they would come and help.

C:  What do you mean when you say, “when the country needed the women they would come and help”?

R:  For example, when the Americans needed more people in the Air Force during World War II the women came to help.  They helped protect their country.  Also, when they needed professional baseball players because the men were fighting in the war the women came to help.  I was impressed by these two examples.  And in Saudi Arabia after 2011 it was decided that women should have more job opportunities.  Some can even join the military now.

C:  What happened in 2011 in Saudi Arabia that brought about this change?

R:  The government and the King decided that we should give women more job opportunities because they deserved it.  Many Saudi women are already well-educated (they have bachelors, masters and PhDs) and so they deserve more opportunities.

C:  What in particular interested you in this topic for your research paper?

R:  I’m very interested in the women’s movement and feminist issues.  So when I heard about the increase in women’s job opportunities during World War II I was very curious and wanted to know more.  And then I became very curious about the similarities and differences in Saudi and American women.  Because we always thought that there was a big difference between Saudi and American women.  But when you look closer you realize that it’s not really that big. 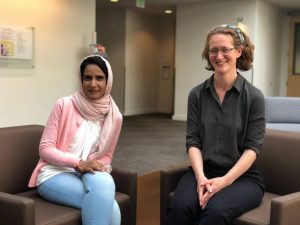 C:  Certainly.  I’ve also noticed that the more we really begin to look at other cultures the more we realize that we’re actually quite similar.  I hope people begin to understand that more.

R:  I agree!  We are really very similar at the basic level (we all want to be loved, have happy, healthy families, watch them grow and succeed, etc.).  Even our problems are similar.  There’s just tiny cultural differences.

C:  Where do you see your country going from here?  How might it be 5 years from now?

R:  I think that after the amazing changes we have seen last year and this year I can see the future for the Saudi women being very bright and I assume that we will have more rights and be more successful.

C:  Do you have any personal examples that you could share?  Perhaps showing a difference in the older versus the younger generation?

R:  My older sister had limited job opportunities when she graduated in the late 1990s.  She could either work as a teacher or in a hospital but that was about it.  But when I joined the university in 2011 I had many other majors that I could choose.  However, when I wanted to study finance at my university the department was limited only to males.  So the dean of the department at my university said that if I could find 10 other women who wanted to study finance he would allow women to study there.  And so I found those women and we were able to do it!  We were the first females to graduate from my university with a degree in finance.

C:  Wow.  Congratulations!  Yes, those are some significant changes between the late 1990s and 2011.

R:  And even the last few years have seen even more changes.  For example, women can drive now and also we have ended the ban for the cinema.

C:  That’s great.  What kind of films are shown in the cinemas now?

R:  We have a lot of American films now.  “Black Panther” was one of the first films to be shown in the cinema.

C:  The “Black Panther” movie was also a bit of a turning point for the U.S.; we are finally starting to see more diversity in feature films.  It’s only recently that the main characters in our films are not limited to white actors.

R:  Yes, and that’s exciting that this is one of the first films to be shown in Saudi Arabia.

C:  So I have another question for you.  As a newcomer to the U.S. what observations have you made about the attitudes towards American women?  For example the MeToo Movement has been making quite an impact on people’s lives.  Were you surprised to hear about the sexual discrimination and harassment that has been so prevalent here?

R:  Yes, I was surprised, for example, when I did my research paper to discover that American women in the 1940s were expected to stay home and take care of the family because men were considered to be more capable to get a job, etc.  I was really surprised about that because I always had the view that American women have always had more opportunities.

About the MeToo Movement, I am happy that the women have had the courage to come forward and tell their stories about what has happened to them.  I was surprised to find out that so many American women have experienced this.  I didn’t think there was still so much discrimination for women here.  But this gives me hope that other societies will see how the American women are still fighting discrimination by joining together and doing something about it.  I hope that their future will improve and the men will support them.

The world is not perfect but at least we are heading in the right direction now.  If we educate women and teach them to be independent they will have more opportunity in life but if we don’t educate them and expect them to be dependent then they will not have the confidence to succeed.  Women don’t have to be perfect.  They just need to be confident in themselves and their abilities.

Rawan is planning to pursue a career in finance after she obtains a master’s degree in either finance or business administration.