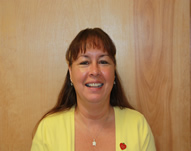 Alice Murner graduated from City University of Seattle in 2002 with a Masters of Education in Educational Leadership, and has been the Principal of Neah Bay Elementary since 2003

Neah Bay was named a 2013 Golden Apple Pathways to Excellence Award winner earlier this month, a true testament to the leadership provided by Alice over the last decade.

From KCTS 9, the organization that oversees the Golden Apple award:

“Something special is happening at Neah Bay Elementary, in the heart of Makah Nation…Neah Bay Elementary students exceeded Washington State standards in five of the eight areas in which the state tested in spring 2012. Principal Alice Merner has guided staff in facilitating rigorous learning activities connected to state standards.”

We’re incredibly proud of everything Alice has accomplished since she graduated in 2002! Her achievements are a testament to the kind of results graduates can enjoy with a combination of hard work and a great education.